I was immediately thrust into a state of confusion prior to entering the Ed Atkins ‘Old Food’ exhibition. I was continuously disoriented as I tried to consume the abundance of information that the viewer is offered in the installation. I know little about Ed Atkins, and I am now afraid that I know even less about the artist and his practice after seeing his work at the Martin-Gropius-Bau. I found ‘Old Food’ very hard to navigate, yet I enjoyed it for a reason I am unaware of. It may have been the theatrical nature of the work, paired with the often hidden and informative blocks of text which existed on scraps of wood dotted around the space. Once again, the text offered a lot of ambiguous thoughts and information. 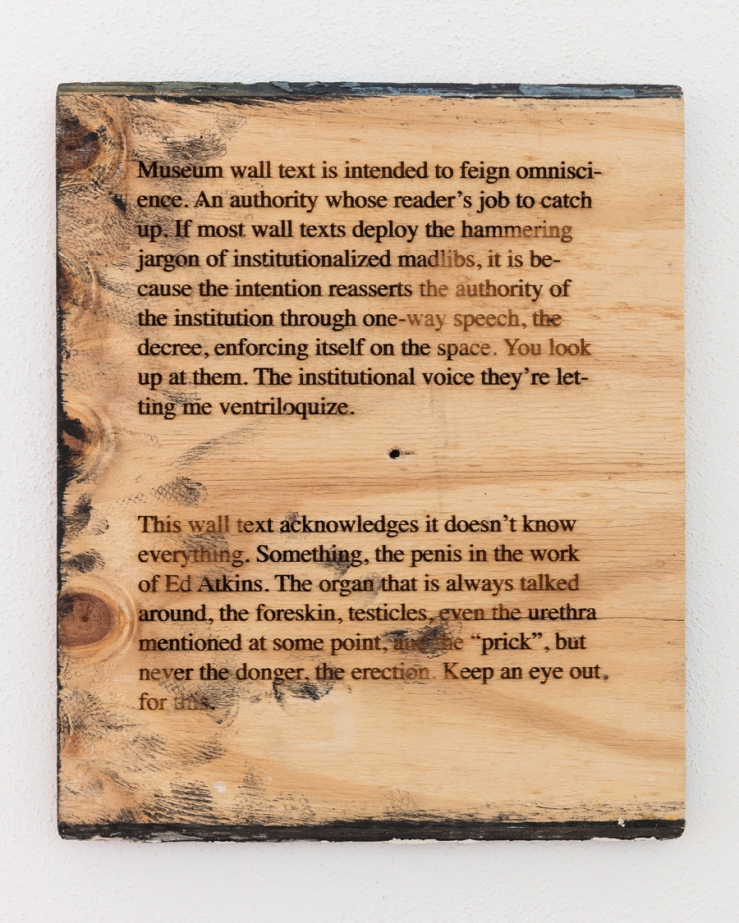 The text made me think about language, and about how it becomes almost inactive as it leaves the artists mind. I considered the text that appeared to be laser-cut into the wood to be dead. As the text is burnt into the wood, the language dies. I considered the sensorially charged installation in relation to the inactive and numb dictations. All senses were heightened walking around the exhibition, I was particularly engaged with the dramatically melancholic sound pieces.

In the summer of 1977 the city of Munster staged an open air sculpture exhibition. Sculptors of international repute were invited to select sites for their work in the city. Beuys does not go in for outdoor sculpture, taking the view that nature needs no embellishment, and that urban folly should not be condoned with decoration. But he did accept the Munster invitation and out of it came his most extreme sculpture to date: Tallow. His aim was to question the underlying motives behind the urban planning which produces concrete deserts, and the restricted understanding of art which condones it. By traditional standards, therefore, the site he chose was the worst possible. In the concrete underpass to the new auditorium of the university he found an outstanding example of modern architecture folly, a socio-political metaphor if there ever was one. Under the access ramp was a dead corner, a deep wedge-shaped acute angle in which nothing but dirt could collect.

The effect of taking an exact cast of the spot was ‘like extracting a tooth to show its state of decay’. In the process a negative vacuum was transformed into a positive form; sculpture. It was a massive undertaking, and a demonstration of the properties of fat on a grand scale. Twenty tons of mutton fat granules, mixed with a few drums of beef fat for extra firmness, were melted down over fire day and night at a concrete factory outside Munster. Vat after vat was poured into the reinforced plywood mould some five meters or sixteen feet high, which was buttressed with beams after it burst under the pressure of the molten liquid. The scene resembled a giants kitchen or the preparation of a monstrous Trojan horse.

Within the mould it was to cool and solidify fat passing its chaotic state of disorder to the ordered geometry of the angle. Here the challenge to modern architecture was matched by a problem for the physicists; scientific opinions were sought and given as to the estimated time of cooling of such a volume of molten fat. Learned estimates and computed reckonings varied from three days to three months, and a thermometer as inserted in the fat. After a month and a half it was still completely fluid at the centre; at the end of three months it was cool. Beuys: ‘This is the first sculpture that will never get cold, and if it gets cold it will never get warm again’.

In a way the whole enterprise represents the tip of an iceberg; an extraordinary example of absurd artistic licence put to didactic and provocative use, a critique of the soullessness of our environment transformed into a survival battery of warm energy: a reserve of fat. 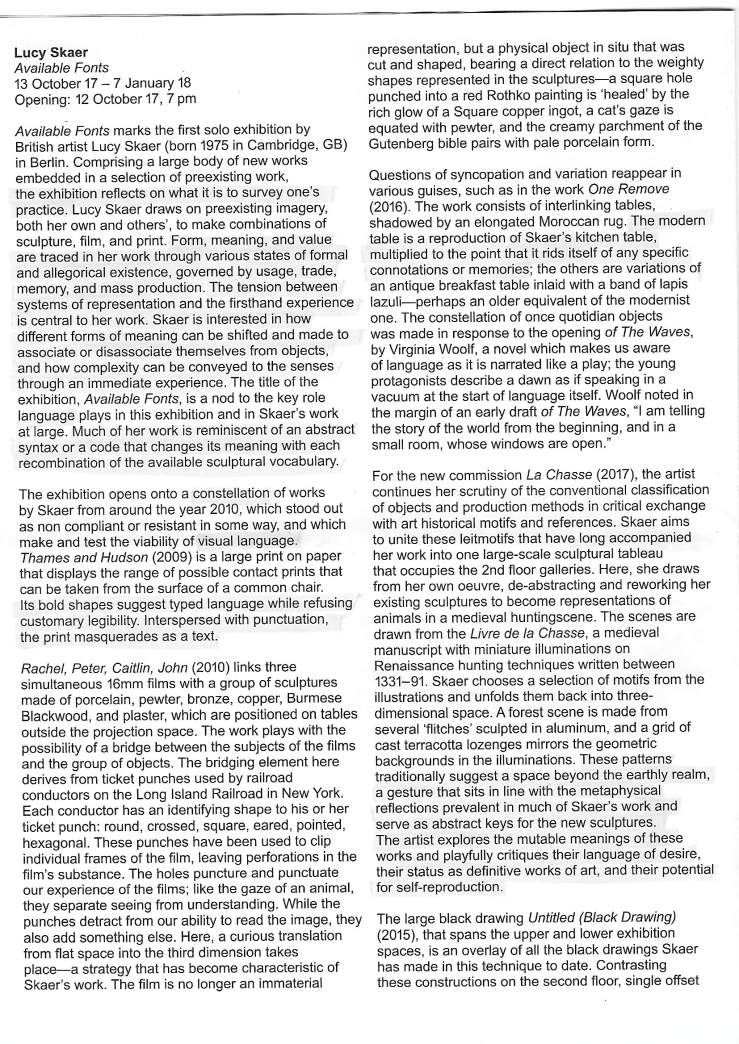 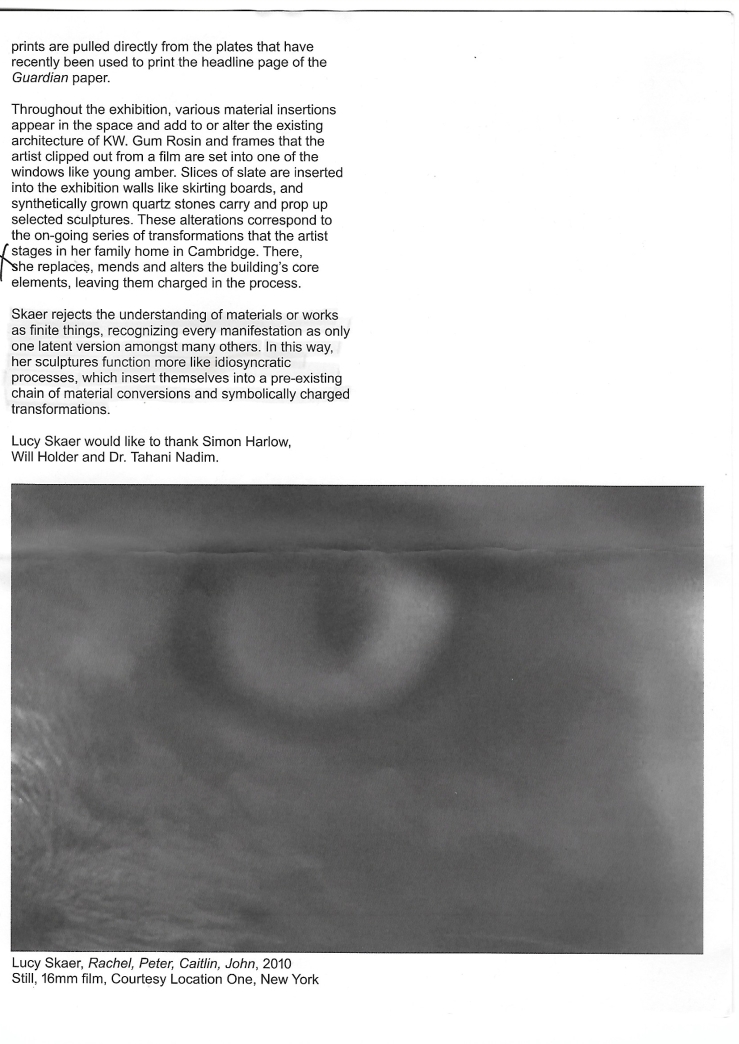 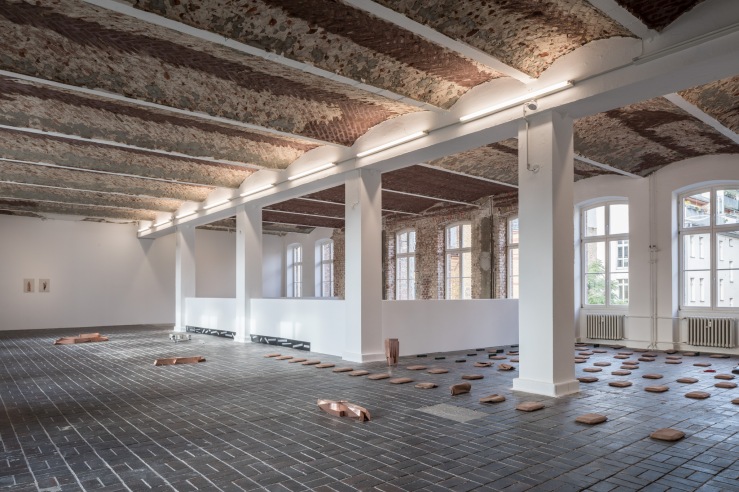